Plan A Trip To Gokarna: A Guide To Bangalore Weekend Getaway

Looking for a getaway from Bangalore? Well, Bangalore to Gokarna is one of the best options available! Long known as the Temple Town of Karnataka, this quaint destination is so much more than its temples. It is gifted with picturesque beaches along the southwestern coast of India, overlooking the Arabian sea. There are so many places to visit in Gokarna, so many experiences to tick off your bucket list and that’s exactly why it has been gaining popularity among adventurers and tourists alike. The beaches here are top notch and stand out because of the lush green hills in the background along the white sand coast. Also, it is a great alternative to Goa if you are looking for a tropical destination minus the huge tourist influx and since Gokarna offers warm and pleasant weather during the winters too so travelling during Christmas and New Year would be a great option. 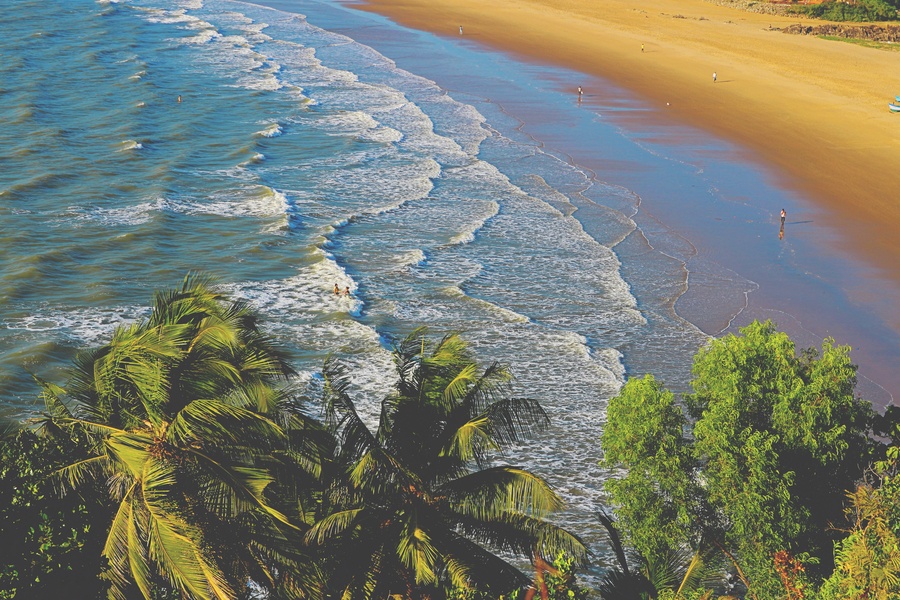 HOW TO REACH GOKARNA

Gokarna is located in North Karnataka (also known as Uttara Kannada region), along the coast of the Arabian Sea. Accessibility of Gokarna is best via roads as railway and airport services aren’t up to date.

There is no airport to reach Gokarna directly. Due to its proximity and accessibility to Goa, one can opt to fly down to Dabolim International Airport in Goa and hire a taxi to Gokarna. The distance from the airport in Goa to Gokarna is 106 kilometers.

THINGS TO DO IN GOKARNA 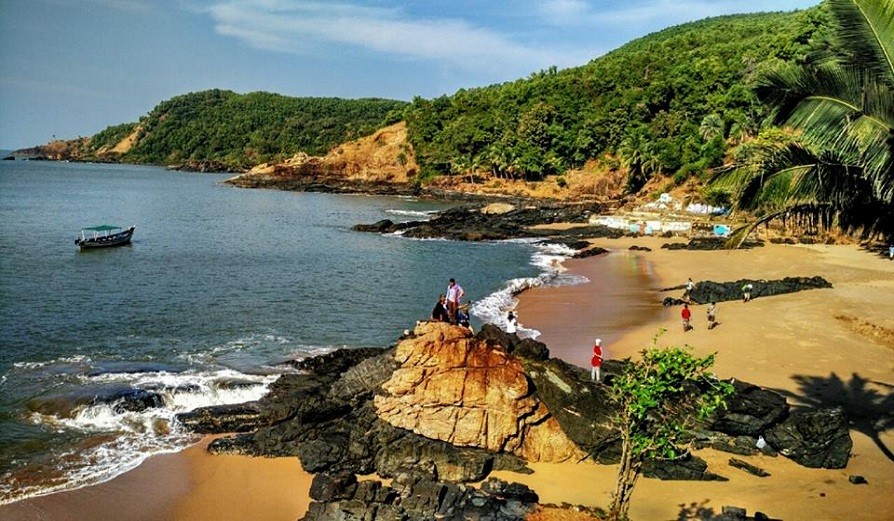 The beaches around Gokarna are lined by lush green hills. So reaching these beaches may require some trekking effort. But for an adventure enthusiast this is a great opportunity to trek along these hilly trails and explore every beach connected on these trails. Around five beaches can be accessed on this trail namely Gokarna beach, Kudle beach, OM beach, Half Moon beach and Paradise beach. This could be a day long excursion covering most Gokarna tourist places. PS: Gokarna trip isn’t complete until you visit these beaches! 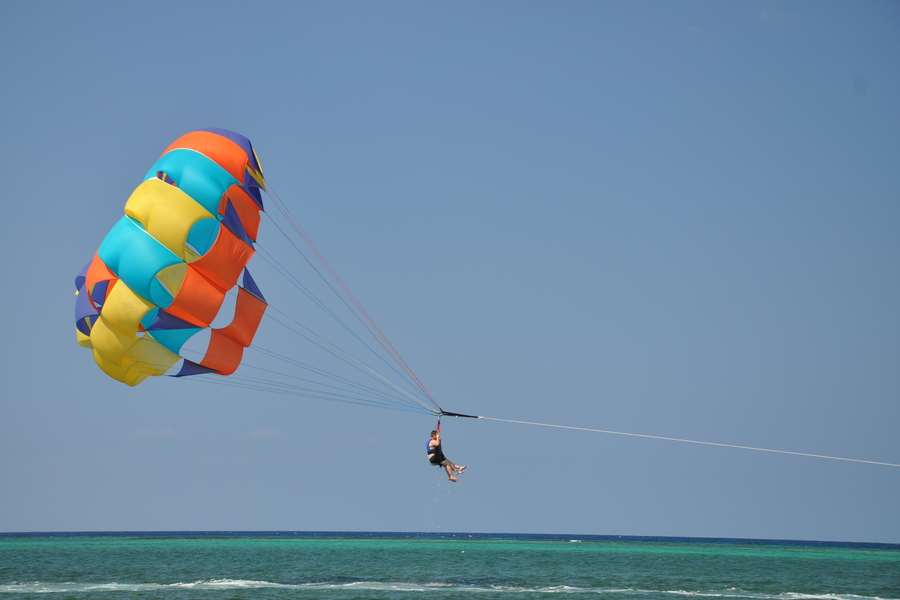 If the sight of water reminds you of all the fun filled activities around water, Gokarna has you covered. You can opt for banana boat rides, kayaking, exploring through caves, parasailing, swimming and diving are some of the water sports activities to include in your Gokarna itinerary. This is definitely one of the best things to do in Gokarna without much crowd!

3) Camping at the beach 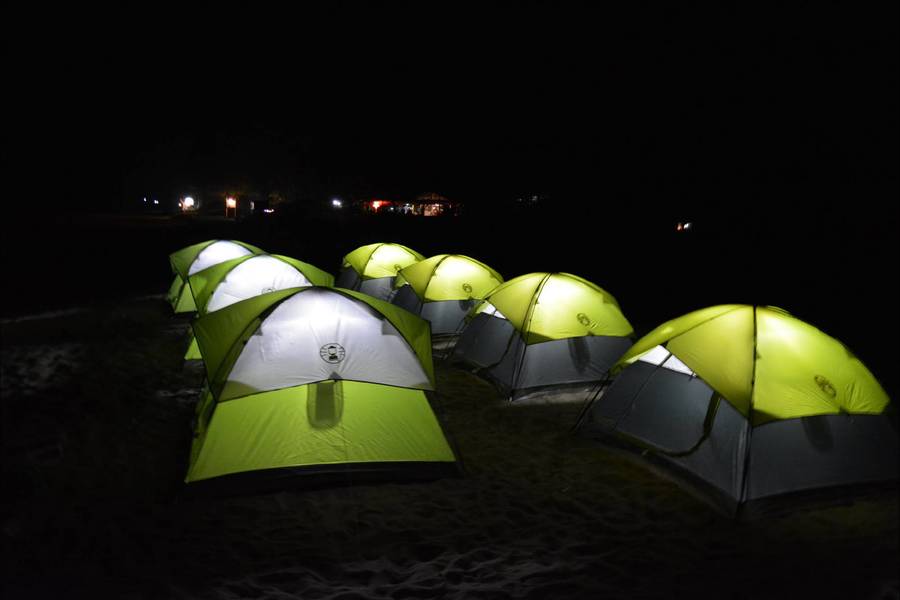 Thinking of what to do in Gokarna that is unique? Go camping right at the beach. Many of us love to witness those mesmerizing sunrise views at beach destinations, but how about an experience of waking up to the sounds of waves! Camping at the beach is one such memorable experience to take back with you. You can sing through the night around a campfire and then retire for the night, lying on the warm sand, gazing at the starry sky and wake up to a beautiful sunrise.

4) Visit the Temples of Gokarna 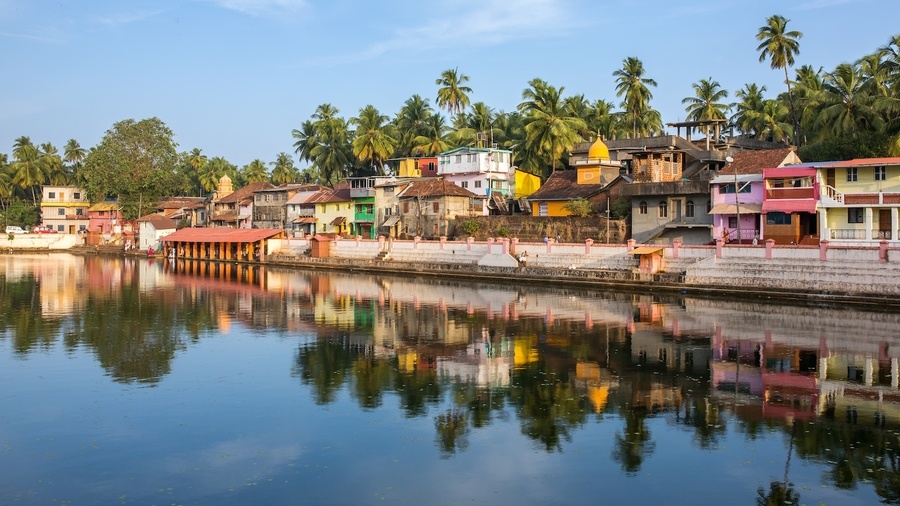 Known as the Kashi of South India i.e. Dakshin Kashi, Gokarna has many historical and mythological stories around its many temples. Not only the devotees, but a seeker of mythology, traditional folklore and architecture can include a few temple visits in the itinerary.

The Mahabaleshwar temple is noteworthy for its Dravidian architecture and its Shiva Linga known as the Atmalingam located in the square Saligrama Peetha. Mahashivratri, a Hindu festival is celebrated with grandeur through February and March during which a huge chariot is taken around the town.

The Mahaganapati Temple and the Kotiteertha, a man-made water tank are also of huge significance among the pilgrims, making them worthy of visit for tourists as well.

5) Satisfy the Foodie in you 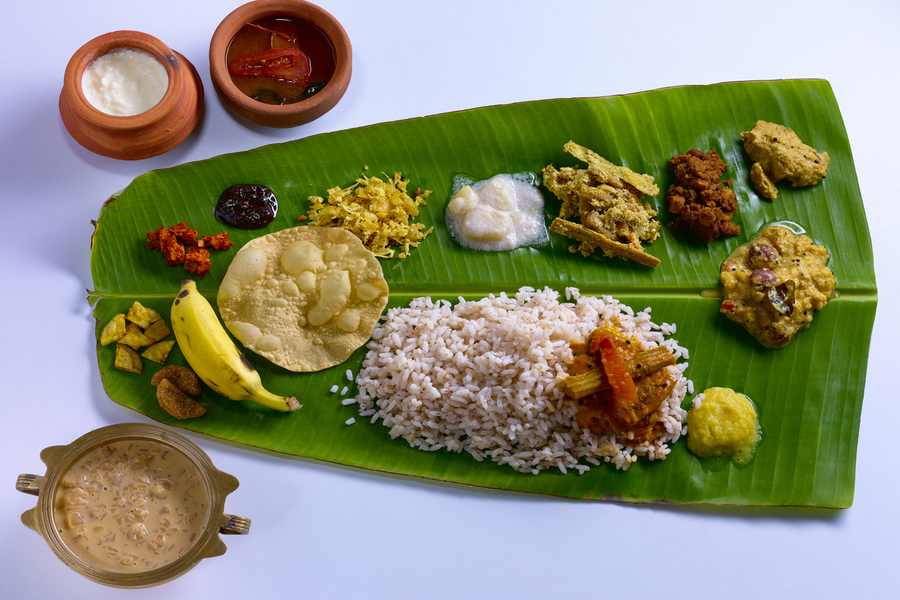 The coastal town can awaken the foodie within you with its local South Indian and Konkani cuisine and the sea food variety spread. International cuisines like Italian and Continental served in its cafes also draw many tourists through the day. There are restaurants along the beach where you can enjoy a candlelight dinner with a sunset view of the sea. Cafe 1987, Ganga Cafe, Chef Christophe, Namaste Cafe are listed among the top few cafes in Gokarna. 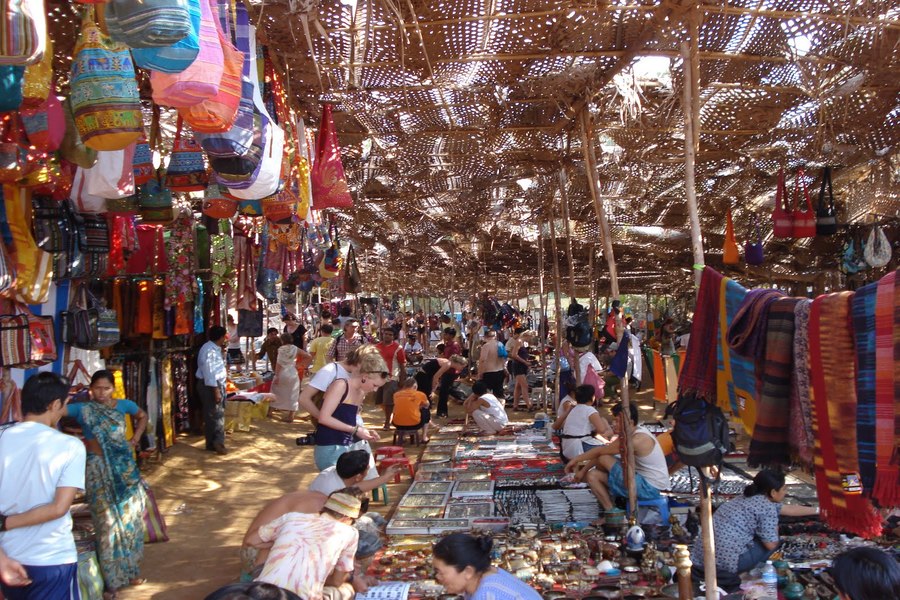 Like Goa, with the increasing influx of tourists, many flea markets have come up along the beaches of Gokarna. There are small markets around the temple complexes as well. You can pick some colourful trinkets, earrings, sea shell decors as souvenirs from your vacation.

PLACES TO STAY IN GOKARNA 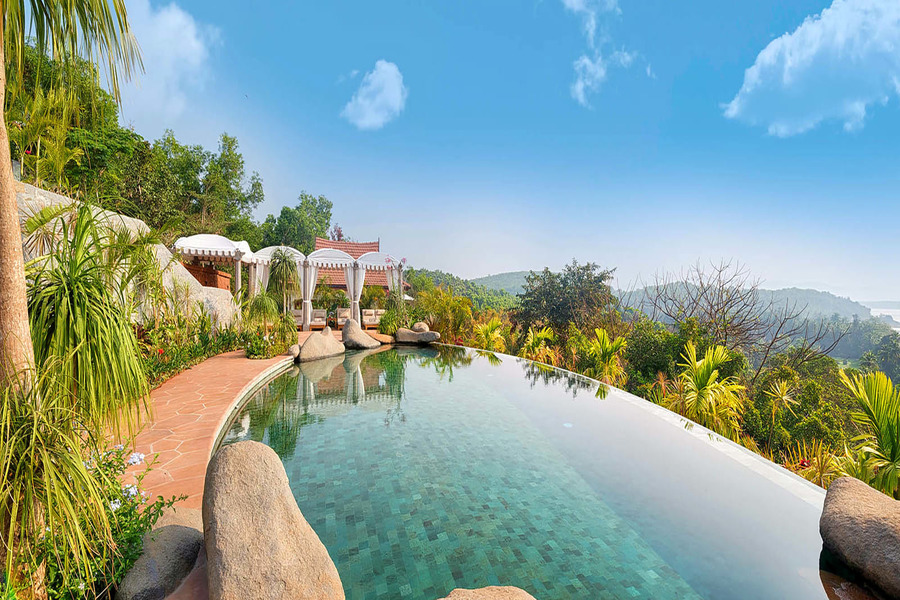 Gokarna has a mammoth of alternatives to choose for your stay. No matter what you choose, the views are always splendid, making Gokarna budget friendly and a luxurious location at the same time. 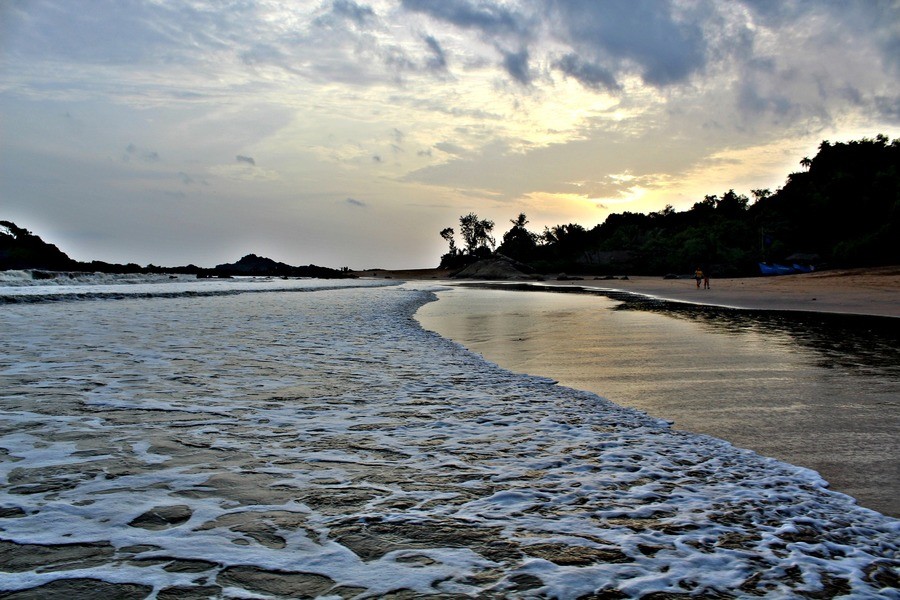 There’s so much to do in Gokarna but if you are planning to go beyond, then we have some recommendations for you. You can explore Gokarna over a 2 to 3 days trip but if you have some more days in hand, places near Gokarna can also be explored! Go far and beyond to be a part of Karnataka’s history and culture. 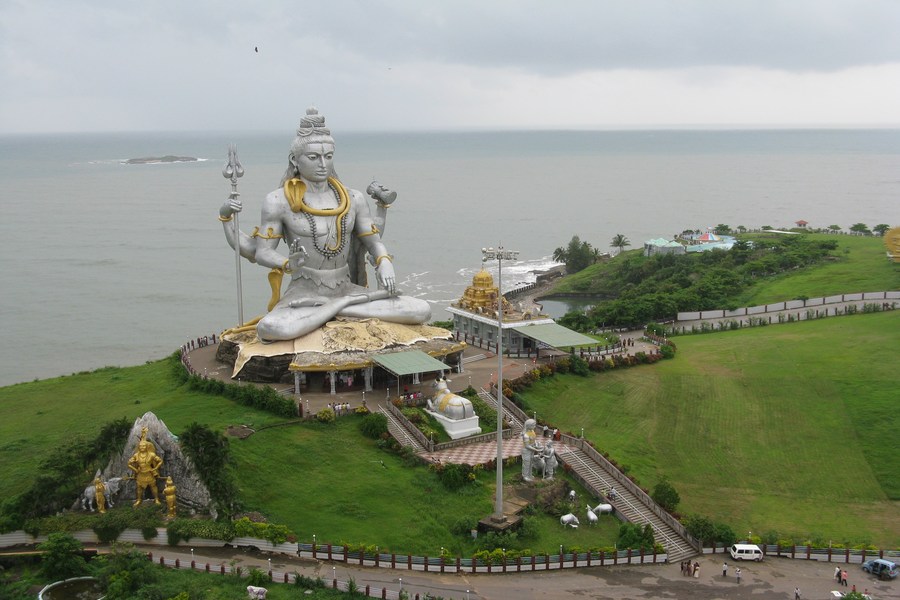 1. Which is the best beach for camping?

For camping in tents, Paradise beach is the best while there are spots near OM beach as well! For some seclusion, you can also camp on Kumta beach, which is 30 km from Gokarna.

2. What is the best way to travel from Bangalore to Gokarna?

The best transport mode from Bangalore to Gokarna is the bus. Take an overnight bus which takes about 7 to 8 hours.

3. Which water activities can we do in Gokarna?

There are many options available. You can choose Jet Ski at Om beach, Banana boat ride and parasailing. You can also go on a dolphin spotting ride from Om beach itself.

4. Can we go Scuba diving in Gokarna?

Yes, scuba diving is available in Gokarna. You can either go to Om beach or Netrani island. Here you can spot various marine animals like sea cucumbers and rays. You can also see coral reefs while diving in Gokarna. 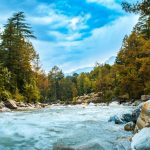 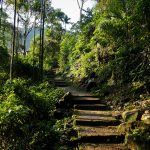 The Best National Parks In Meghalaya That Are A Must Visit For Every Wildlife EnthusiastAdventure, Backpacking Trips, Exotic Vacations, Holidays, Travel, Travel News, Weekend Trips